Removing and replacing a carburettor on a Yamaha TTR250

Removing and replacing a carburettor on a Yamaha TTR250

This is quite a simple task if the airbox is removed. The alternative is to try and pry the carb out which can damage the inlet manifold with the rubber separating from the metal stub.

Before you start, remove the seat and petrol tank and, preferably, power wash the area so that no dirt can drop into the manifold when the carb is removed.

Then make sure that the bike is safely on a stand and at a comfortable working height - if at all possible. Make sure the floor and working area is clean. I tend to rob the recycling bin of old newspapers and lay them around to give a clean absorbent surface on which to put down any parts removed and an old margarine tub or similar to put the bolts in!.

As with all jobs, you can do things in different order but this is how I do it.

Firstly slacken the two manifold screws with the Phillips screwdriver. 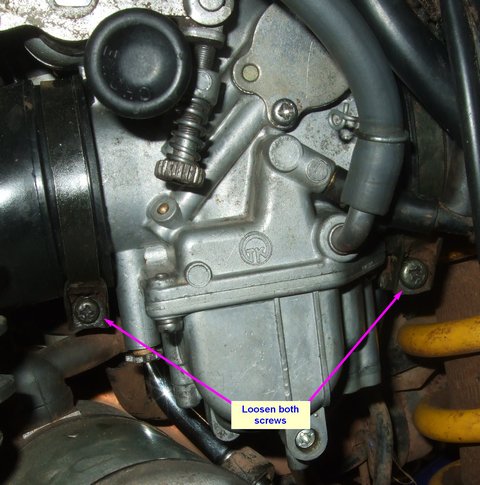 Remove the spring clip and pry off the engine breather pipe with the plain screwdriver. Then remove the side strut help in place with two 12mm bolts. 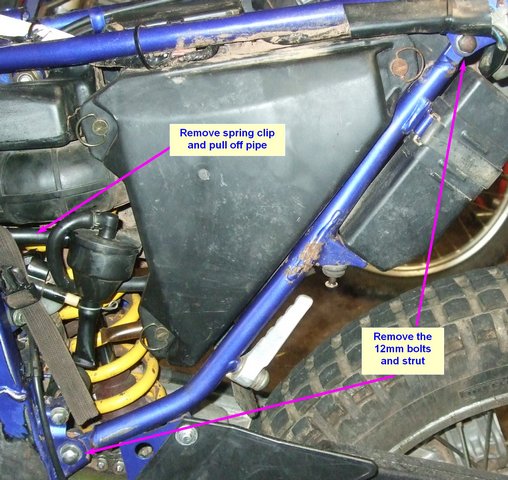 Unplug the CDi and put it safely away and then the three 10mm bolts holding the airbox. Note the shorter bolt on the RHS. 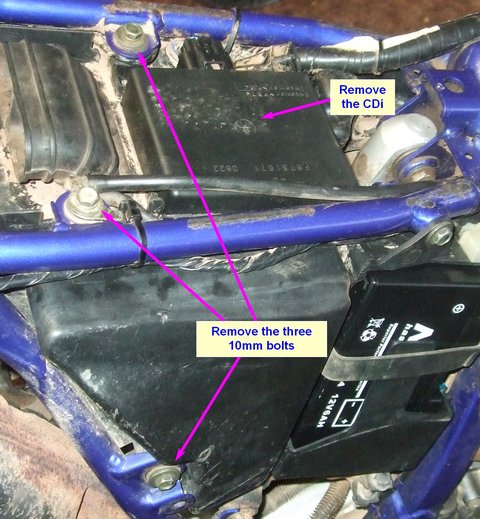 The airbox can now be removed by pushing it down and taking it out toward the rear of the bike as shown below. 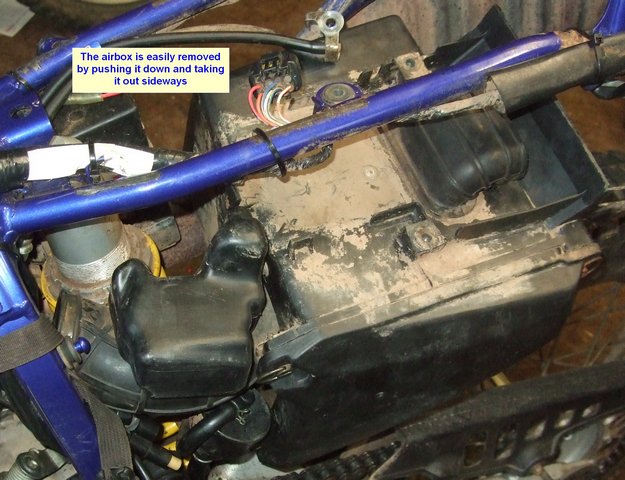 You now have access to the rear of the carb. Remove the two breather pipes to the side of the carb and the overflow pipe underneath the carb. I use long-nosed pliers to make this job easier. 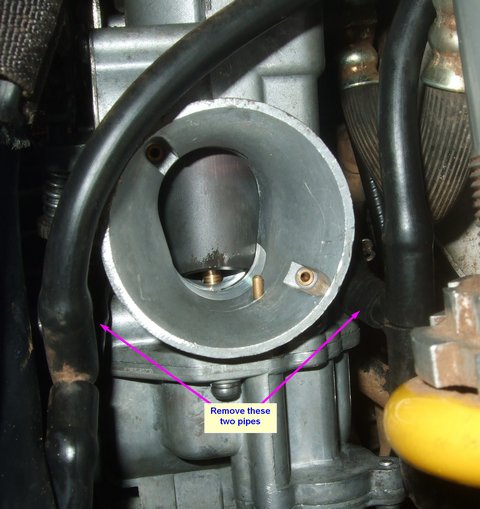 Remove the throttle cables and then the carb can be take out. 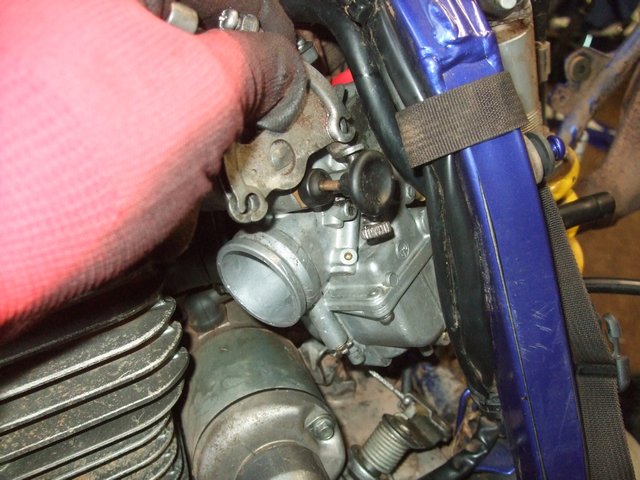 When replacing the carb, just do everything in reverse!

Replace the carb and attach the breather and drain pipes.

Replace the throttle cables followed by the airbox. Don't forget to tighten up the manifold clamp bolts. 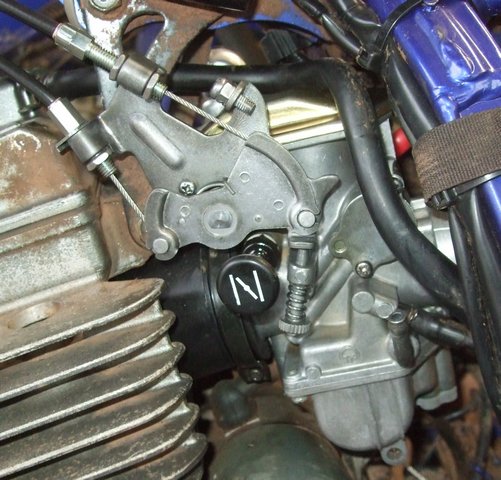 It can sometimes be tricky lining up the three airbox retaining bolts. I use the screwdriver to centre the bolt holes up. 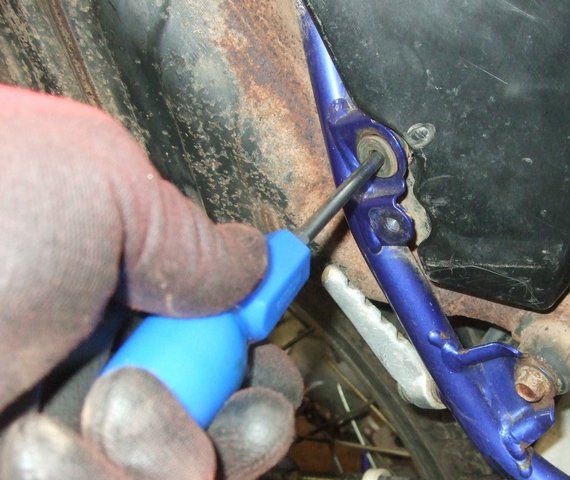 Plug the CDi back in and check the breather pipes are correctly routed. 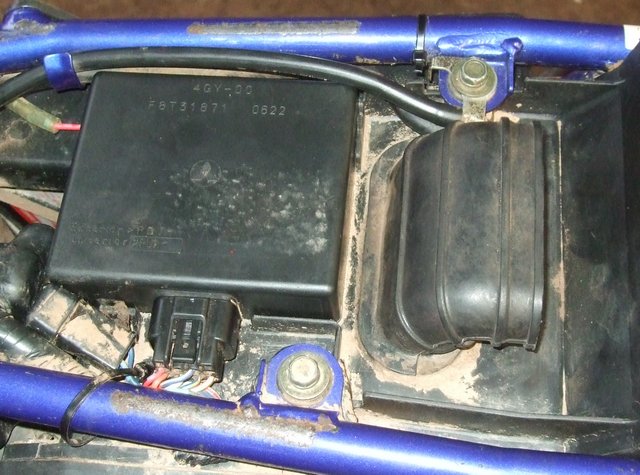 Refit the petrol tank, seat and side panels. Recheck everything is tight before starting engine and take it for a test run!

Hopefully you will have no problems.

http://www.totallyttrs.com/ - a web page totally dedicated to TTR250 owners looking for parts and accessories.
http://www.ttr250.com/ - all you ever wanted to know about TTR250s
http://www.trfdevon.org.uk/ - the website of the Devon TRF Group